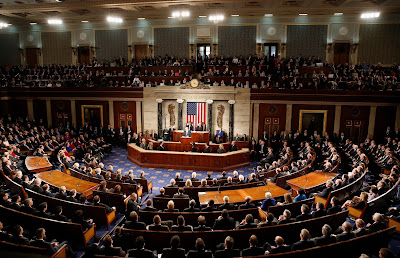 Definition of “Congress”:  A formal meeting where people from countries or societies come together to discuss issues.

Our understanding of Christ’s church will be impoverished if we fail to analyze the dynamics of the original Greek word for church, ekklésia. With so much emphasis today on the separation of church and state, the last thing people associate church with is government. Yet this was exactly the original meaning of ekklésia.

During the time of Jesus, ekklésia was used outside the New Testament to refer to a political assembly that was regularly convened for the purpose of making decisions.[1] According to Thayer’s lexicon it was “an assembly of the people convened at the public place of council for the purpose of deliberation.”[2] Bauer’s lexicon defines ekklésia as an “assembly of a regularly summoned political body.”[3] Lothan Coenen, writing for The New International Dictionary of New Testament Theology, noted that ekklésia was
The secular meaning of ekklésia can be seen in Acts 19 where it is translated as legal assembly or assembly rather than church.[5] Two of the occurrences refer to a meeting of silversmiths convened by Demetrius because of the apostle Paul. Trade union rank and file rushed into the theater (where civic decisions were made)[6] to decide what to do about a damaged reputation and lost business.[7] However, they overstepped their jurisdiction, so the town clerk counseled that the matter be settled by the “legal” ekklésia (rather than by the trade union ekklésia, Acts 19:37-39).

Church Is a Body of Kingdom Citizens

Why did Jesus choose such a politically loaded word (ekklésia) to describe His people and their meetings?[8] Had He merely wanted to describe a gathering with no political connotations, Jesus could have used sunagogé (synagogue), thiasos (volunatary association) or eranos (intellectual discussion group). Perhaps Jesus intended His followers to function together with a purpose somehow parallel to that of the political government. If so, believers have the responsibility to decide things together and experience the consensus process.

God’s people have a decision-making mandate. A church is a body of Kingdom citizens authorized to weigh major issues, make decisions, and pass judgments on various issues. According to the Baptist Faith and Message of 2000, “Each congregation operates under the Lordship of Christ through democratic processes.”[9]


Examples in the New Testament

There are many examples in the New Testament of God’s people making decisions as a body. After promising to build His ekklésia on the rock of Peter’s revealed confession, Jesus immediately spoke of the keys of the kingdom of heaven and of binding and loosing (Mt 16:13-20). Keys represent the ability to open and to close something, kingdom is a political term, and binding and loosing involves the authority to make decisions. Was this authority given to Peter only?

In Matthew 18:15-20, binding and loosing authority was conferred by Jesus upon the whole ekklésia. In Acts 1:15-26, Peter charged the Jerusalem church as a whole with finding a replacement for Judas. Later, the apostles looked to the church corporately to pick men to administer the church’s food program (Acts 6:1-6). Acts 14:23 indicated the apostles appointed elders with the consensus and cooperation of the local congregation.[10]

If ever there were a proper time and place for the Apostles to make a decision alone, apart from the church, it was at the Jerusalem Council (Acts 15). The original Apostles were the standard for doctrine and practice. The very nature of the Gospel had been called into question. Yet even here, the amazing fact is that the Apostles not only included the local Jerusalem elders, but also the whole church![11]

Colin Brown observed that “in the council’s decision-making they are accorded no special preeminence . . . It is consistent with the non-authoritarian, collegiate character of church leadership which Acts consistently depicts (1:13-26; 6:2ff; 8:14ff; 11:1ff; 13:1-4).”[12] Furthermore, 1 Corinthians 5 also reveals the church corporately has the authority to lovingly discipline unrepentant members, which may include even the moral failures of church elders, for their possible future restoration and the holiness of the church.

Steve Atkerson is an elder/shepherd of Atlanta Reformation Fellowship and president of NTRF. He authored both "The Practice of the Early Church: A Theological Workbook" and "The Equipping Manual." He lives with his family in Atlanta, Georgia.

Are Church Services for Christians or Non-Christians?

Coping with Groupism in the Church