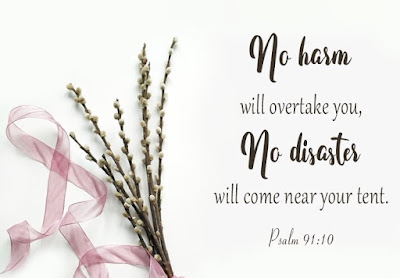 "Because you have made the Lord your dwelling place—the Most High, who is my refuge—no evil shall be allowed to befall you, no plague come near your tent."
(Psalm 91:9-10)

Many people are asking today about whether we can quote Psalm 91 to assure ourselves that we will be freed from the Coronavirus. Let’s look at this issue scripturally.

In the Holy Bible, there are promises, principles, and commands that are generally true, but which have exceptions. The general commands to obey parents “in everything” (Col. 3:20) and to be subject to government officials (Rom. 13:1-2) have exceptions in the Bible (Luke 14:26; Acts 4:19-20). We sometimes need to disobey their commands if they clearly go against God’s will.

Similarly, the Bible is clear that God looks after us, as Psalm 91 says. He can miraculously intervene and does intervene to deliver us. Indeed, he commands his angels to guard us (Psa. 91:11). That is always true. He can prevent us from dashing our foot against a stone (91:12). That is not always true, as the noble army of martyrs testify.

One-third of the same book of Psalms are laments where righteous people suffer what the world considers as misfortunes and God doesn't seem to be helping them. Psalm 91 teaches that God looks after us. That is an absolute principle. Other passages in the Bible show us that the way God looks after us is not always as is specifically stated in Psalm 91. There may be exceptions to this general rule. But through all of it, God is continuing to bless us.

When Jim Elliott and Nate Saint and their colleagues were being killed by the Huaorani Indians in Ecuador, they saw angels above them singing songs. That didn’t stop them from killing them. But when Elliott’s wife and Saint’s sister went as missionaries to those same people, they heard them sing the same songs that the angels had sung. The whole tribe came to Christ.

Presently I am reading Job for my devotions. God’s plan was to glorify his name through Job going through experiences very distant to what Psalm 91 says. Job’s friends who quoted biblical principles regarding how God looks after the righteous are finally proven to be wrong and even unkind. Their speeches were very inspiring in the Psalm 91 tradition. But they were wrong in applying those principles to the suffering that Job was experiencing.

Romans 8 looks at this issue theologically. The whole creation is subjected to frustration (8:20). There is sickness, disappointment, pain, and death. That frustration includes us “who have the firstfruits of the Spirit” (8:23). That is, we have a taste of what heaven is like here and now. But we groan (8:23) with the rest of creation (8:22). Through that groaning with the rest of creation, like Jesus, we develop deep ties with the world and have a deep impact on it.

Our lifestyle is one of incarnation. When we talk of incarnation, we mean that Jesus took on human flesh with all the frustration that entails. We can have a deep impact on the world by identifying with its pain, just like Jesus did. In a mysterious way, suffering helps the church to grow like the death of Stephen showed.

When the tsunami hit Sri Lanka, some Christians were miraculously saved and testified about it to the glory of God. Others suffered, like the church in Mullaitivu where the faithful who came to church the morning after Christmas died and those who stayed at home were saved. The pastor of that church lost his wife and, I think, his son. But he stayed on and served his people and now his two daughters have entered the university—a great achievement in Sri Lanka. He brought glory to God through his suffering.

There are some deeper more important realities that govern us amidst our frustration and pain.

The happiest people in the world are not those who don’t have problems; they are those who are not afraid of problems. As Paul said, again from Prison, the greatest wealth we can have is contentment (1 Tim. 6:6). A dreary prison is not a place which implies God’s blessing. But Paul was blessed, he was rich!

Amid all the confusion of this time, let's relish the wealth of contentment!

Ajith Fernando (ThM, Fuller Theological Seminary) is the teaching director of Youth for Christ in Sri Lanka after serving as the ministry's national director for thirty-five years. He and his wife, Nelun, are active in a church ministering primarily to the urban poor, and his ministry includes counseling and mentoring younger staff and pastors. He is the author of seventeen books published in twenty languages. Ajith lives in Colombo, Sri Lanka, with his wife, and they have two adult children and four grandchildren.

Coping with Groupism in the Church 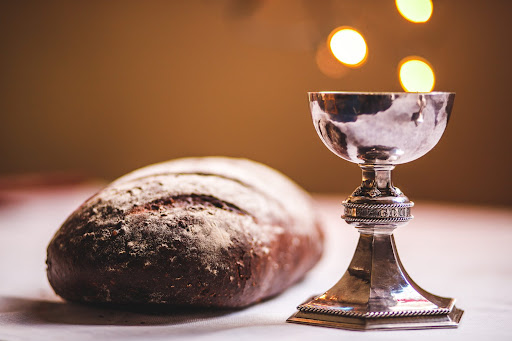 What Would Paul Say About the Practice of Online Communion?